What is STAAR Theatre at Antoinette Hall?

Southern Tennessee Area Arts Repertory (STAAR) is an arts and theater organization based in Pulaski, Giles County, Tennessee, with a mission of providing theater, music and arts entertainment and education for the Southern Middle Tennessee and North Alabama region for, which it has done for more than 20 years.

STAAR, a 501c3 to which donations are tax deductible,​ currently operates a successful 200-seat theatre from its comfortable and accessible street-level facility beneath historic Antoinette Hall​.

The building, is on the east side of the public square facing the Giles County Courthouse and is a contributing structure to the Pulaski Courthouse Square Historic District, which was placed on the National Register of Historic Places by the United States Department of the Interior in 1985.

STAAR Engages in Education and Entertainment through Theater 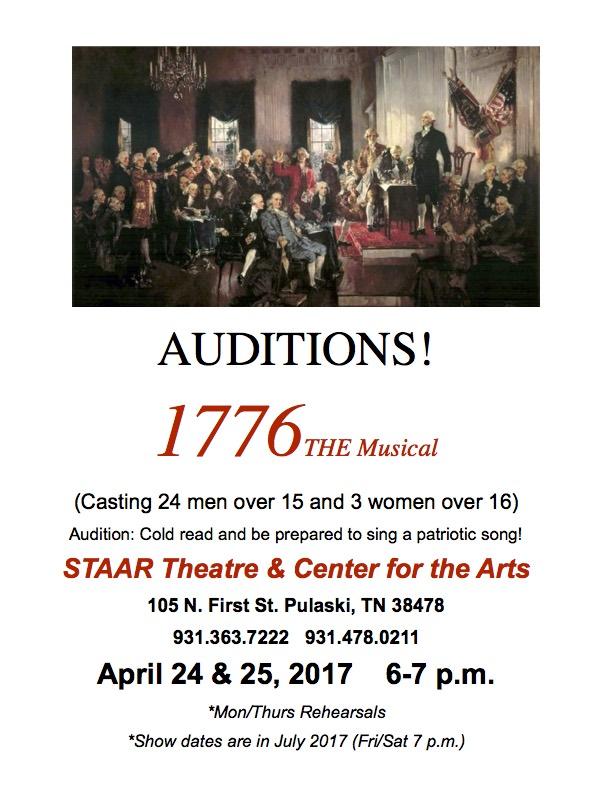 STAAR hosts regional acts to enrich the area with a wide variety of diverse talents from comedic, to vocal, to authors, musicians and filmmakers.

More than 7,000 have attended productions at STAAR, traveling from throughout Middle and South Central Tennessee and North Alabama and beyond.

STAAR encourages its guests to eat at local restaurants, spend the night at local lodging establishments and visit other historic and cultural attractions. 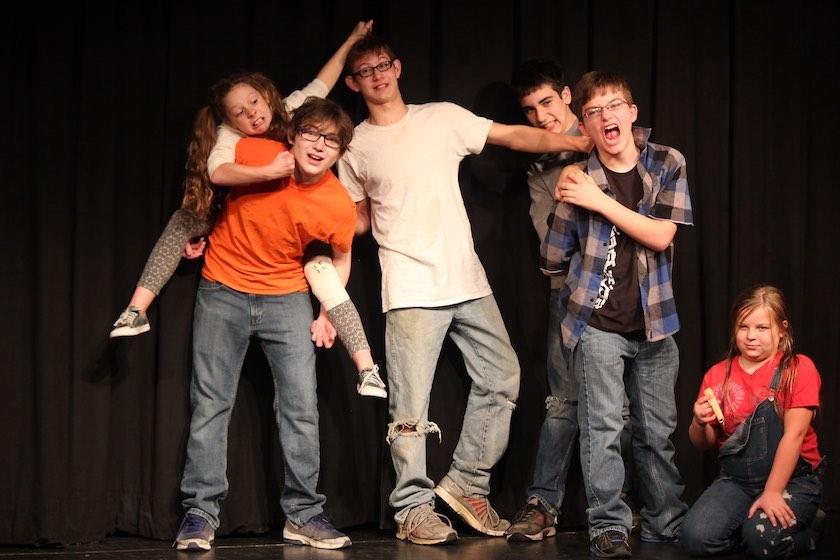 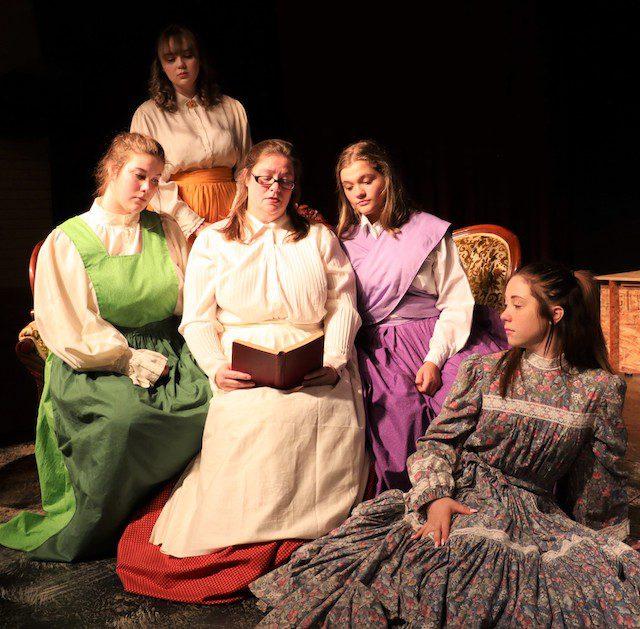 Funding for current activities of STAAR Theatre is provided through earnings from the performances, facility rentals and donations.

The non-profit works toward excellence through diligent stewardship of resources and income, maintaining the utmost integrity, transparency and accountability in all areas of its operation.

Fiscal management is a function of the Executive Director, who reports income and expenditures to the Board through execution of prioritized plans developed in conjunction with the Finance Chairman and Executive Committee.

Currently the primary service and impact area for STAAR Theatre at Antoinette Hall is South Central Tennessee and its adjacent counties in North Alabama. However, activities and performances at the facility attract participants from a much wider geographic area.

The primary impact region is geographically located along the Interstate 65, U. S. Hwy. 31 and U.S. Hwy. 64 corridors. The region is predominately rural with Nashville, Tennessee, being the largest city being located on the northern border of the impact region some 75 miles away. Sixty miles to the south, Huntsville, Alabama, is the largest city with cultural and artistic opportunities.

We continuously strive to educate our community about the value community arts initiatives. We meet regularly to update the Pulaski City Council Mayor and Aldermen, The Economic Development Director, State, Regional and Local Tourism offices, Pulaski MainStreet, the Giles County Commission and County Mayor and the local media on what we are doing and the importance the role of our performing arts center. STAAR applies for appropriations from the city and county, giving us an opportunity to explain how their support makes a REAL difference. We remain connected with Tennessee State Representative Clay Doggett and State Senator Joey Hensley; United States Senators Marsha Blackburn and Bill Hagerty; and U.S. Congressman Mark Green to ensure they are apprised of our activities and needs. We are long-standing members of the League of Historic American Theatres and the Giles County Tourism and Chamber organization.

The impact of STAAR Theatre is far-reaching. We provide innovative arts experience in a community where avenues to obtain this objective are limited and offer arts programming designed to help bring positive change to community social issues. Our programming strengthens social networks throughout the region. We undertake cultural arts initiatives that enhance our community’s identity as well as economic development. We offer training that helps experienced and emerging artists and art administrators develop entrepreneurial skills and innovative strategies for building sustainability.

We partner to serve our local underserved community through the boys and girls clubs and teen centers to encourage inclusive participation as well as partnering with the local college, service clubs and other community theatres to show the value of working together as a whole for the greatest impact on our youth and adults in the region. We follow America for the Arts and continue to reach out to them for new ways to reach our community sharing with individuals and groups the important facts that the arts retain local dollars, drive tourism, create employment, provide vibrancy and build a creative workforce.

29,000 people call Giles County home. This small, rural county of Tennessee, has just over 2% of its citizens who were not actually born there. Despite the small population and what sounds like a homogeneous citizenry, its history has also made it a surprisingly diverse community with more than 12% of the population representing people of color.

The STAAR Theatre formed to merge the historically significant building in which it operates with the cultural needs of this community. Volunteers and cast members range from ages 5 through seniors well into their 80s. The Theatre has attracted more than 7,000 attendees to its performances from the surrounding rural communities.

As a historically significant venue, STAAR Theatre has undertaken the responsibility of making the entire front and back of the theater house accessible to those with mobility challenges, embracing performers, technical volunteers behind the curtain and those who have physical limitation who join us in the audience.

STAAR Theatre has provided a window into the performing arts for countless school-aged children through our school partnerships and then has made every effort to recruit them to join us in our classes and workshops to coax them into theater and arts. STAAR’s mission also embraces local artisans to provide an outlet for creative and innovative performances. And STAAR’s mission is to allow people to embrace the arts behind the stage and curtains to understand the team of technical, lighting, set design and sound that is required to produce any visual and performing art.

The Board and leadership of STAAR has initiated formal and informal relationships with the public schools, the local post-secondary institutions in the area and with groups such as the Boys and Girls Club to find people where they are to draw them into the theater. And we have reached to the churches and community organizations across cultural and color groups to draw the entire community into our volunteer activities, classes and performances.

We are incredibly excited about the work we do to bring this broadest representation of our community to the theater and to embrace the playwrights of the past and explore those of our present to make the performing arts accessible and alive in Giles County.

Get Directions from Your Location

Support the Arts in Tennessee

When your car tags are set for renewal, go online to the one of the links below and select your next license plate. Then notify your county clerk’s office before you renew to change your plate to one of the Tennessee Arts Commission plates. Make sure you park in spots that allow your tags to show everyone that you support the Arts in Tennessee! 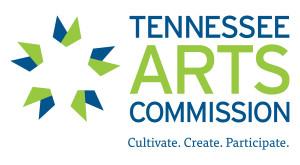